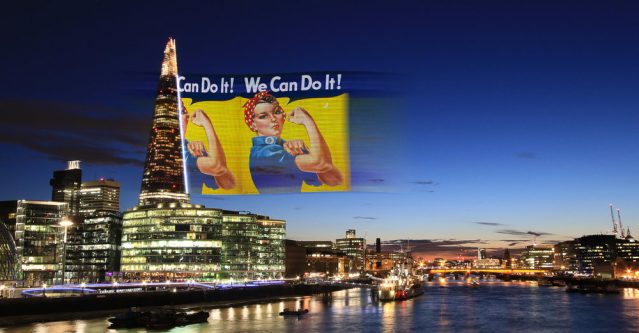 A New Dimension for OOH

At a recent Kinetic OOH immersion day, myself and Brooke were introduced to a new OOH format named ECHO. Reminiscent of a dystopian city-scape, the artist impressions of ECHO projected across the capital’s horizon have provoked much consternation in the OOH industry. Aesthetically ECHO has the propensity to change the way we view OOH advertising, with brands being forced to work harder to produce works of ‘art’ visible to a wider pool of consumers. However amongst our Kinetic OOH training cohort, the reception was mixed, with a few branding ECHO as pollution.

There is no denying the innovation of these placements. ECHO display works using persistence of vision (PoV) display technology to temporarily imprint an image directly onto the viewers’ retina. ECHO imagery is generated using only a single line of light. In much the same way one can appear to write in the pitch dark sky with sparklers, the image does not exist in reality, only in the horizontal ‘saccade’ movements of the human eye. Therefore with production costs minimal, in terms of price point, it is anticipated the cost to advertise on ECHO units will be 50% that of similar sized premier digital displays. ECHO hardware consists of a single vertical reflective strip which can be fixed to the side of almost any building, and below this sits a high speed projector which beams light off the reflector and directly into the viewers’ eye.

So when can we expect ECHO’s entry to market? Having completed all required R&D, Lightvert will produce the first commercial units within the next 12 months. For some the prospect of a branded city skyline induces abject horror, yet for many in the industry, ECHO is leap towards revolutionising how brands can better interact with consumers.