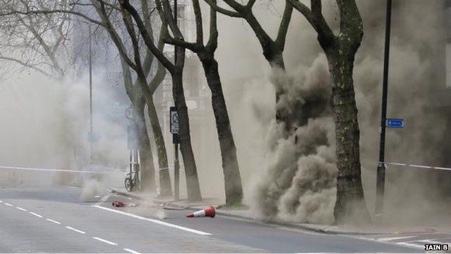 Generic “April Fools” didn’t even get a look in this time around as it was high drama indeed at The Village Comm’s. Our office, as well as a large portion of Holborn, was affected by the underground fire along Kingsway.

Systems went down, access to the local Pret was denied and meetings were abandoned as power was lost across a large part of Kingsway and its surrounds…

All of which culminated in a (not particularly) dramatic evacuation from Melbourne House. It was here that our newly trained Fire Wardens particularly came in to their own. 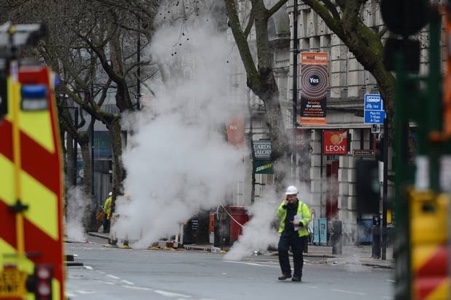 A number of different theories have been doing the rounds regarding the actual source of the fire (from nearby Diamond Heist cover up, to the not so Hollywood, but equally concerning; Electrical fault) and almost 2 weeks later, Kingsway is still largely closed, and relative disruptions continues.

One key take-out however, is how an huge proportion of us Londoners acted within these circumstances….despite there not being any working electricity, a trip to the local wine bar (the one boasting lots of candles), was the initial way forward for quite a few. I’d like to take the positive out of that and see it as rallying round to support local businesses in their hour of need…

This website uses cookies to improve your experience while you navigate through the website. Out of these, the cookies that are categorized as necessary are stored on your browser as they are essential for the working of basic functionalities of the website. We also use third-party cookies that help us analyze and understand how you use this website. These cookies will be stored in your browser only with your consent. You also have the option to opt-out of these cookies. But opting out of some of these cookies may affect your browsing experience.
Necessary Always Enabled
Necessary cookies are absolutely essential for the website to function properly. This category only includes cookies that ensures basic functionalities and security features of the website. These cookies do not store any personal information.
Non-necessary
Any cookies that may not be particularly necessary for the website to function and is used specifically to collect user personal data via analytics, ads, other embedded contents are termed as non-necessary cookies. It is mandatory to procure user consent prior to running these cookies on your website.
SAVE & ACCEPT